THE CURSE OF THE ROSEATE PEARL

Soon after arriving in Broome in the midst of the wet season – known locally as the Big Wet – I heard the story of the cursed Roseate Pearl. This placed a grain of sand in the oyster shell of what I already had in mind for CeCe’s story.

Apparently, over a hundred years ago, when Broome – a small town on the North West coast of Australia – was the epicentre of the world’s pearl and shell trade, a diver discovered a pearl of outstanding beauty. Before he could claim it as his own, his pearling master took it for himself.

However, during a drunken evening of celebration, another diver stole the pearl and sold it to a ‘snide’ man – a seller of stolen pearls. However, he was then tricked, murdered, and the curse of the pearl began to weave it’s tragic web.

The murderers, two Chinese thieves, were later caught and hanged for an unrelated crime. The pearl moved on to a man who died of a heart attack before he could celebrate his good fortune. The next owner committed suicide after the pearl was stolen from him, and the next was also murdered… 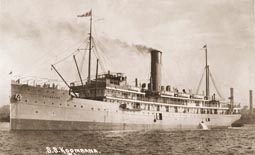 Over the years, the Roseate Pearl left a trail of death and misfortune in its wake … finally in 1912, Abraham de Vahl Davis, a pearl buyer working on behalf of the famous pearling master Mark Rubin, reportedly bought the precious gem for 12,000 Australian Pounds – an astronomical sum in those days. De Vahl Davis boarded the SS Koombana on its last fateful voyage, and many believe that the pearl went down in the cyclone that sank the ship, along with all 150 souls aboard, on March 20th 1912.

But is it really lying at the bottom of the ocean or, as happens in The Pearl Sister, was it even on SS Koombana in the first place?

The Pearling Masters of Broome

According to the Buddhist myth, pearls were the tears of Buddha, shed as gifts to look after orphans and widows. The reality is very different: pearls are created when the oyster feels a grain of sand or a piece of broken shell within itself and begins to secrete a mineral around it called nacre. The layers of nacre eventually build up into something smooth and beautiful, which humans have coveted for thousands of years.

A shell with button cuttings at the Broome Historical Museum 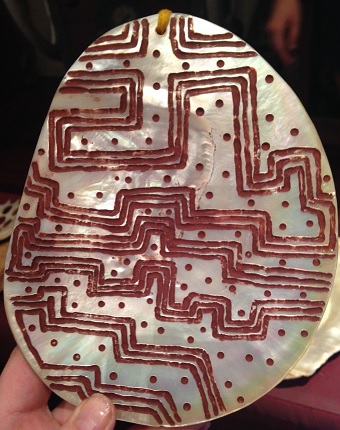 Organised pearling in Broome began in the 1860s – although the Yawuru Aboriginal people had been using the copious oyster shells to make ornaments and tools for time immemorial. It was when the first white settlers arrived that the town’s relationship with the ocean changed. Aboriginal people were used as ‘harvesters’ to collect shell, mainly women and children. Then, they could still pick the oysters up in the shallows, but within a few years, hundreds of miles of coast were stripped, and the pearl harvesters – often retained against their will – were ordered to go deeper and further out to sea.

Then the inhuman practice of skin diving began – Aboriginal females were forced to dive for shell ‘in bare pelt’. Women were preferred for their supposedly keener eyesight, and were capable of diving to seven fathoms (around 13 metres) in a single breath.

In the 1880s, the first commercial diving suits and other apparatus were introduced, and divers from Japan, Malaysia, and Indonesia came to Broome in the hope of finding their fortunes. Shells became ever more scarce and divers were required to go ever deeper, up to 40 fathoms. The greatest danger they faced was ‘the bends’ – decompression sickness caused by nitrogen bubbles forming in the blood stream as the divers resurfaced from deep water. The pain was often excruciating and the condition killed many.

Broome was the epicentre of the pearling industry for almost sixty years, and throughout it all the pearling masters – the bosses of the pearling businesses – profited greatly. It was a town of excess, both in terms of its weather and its residents .As Kitty discovers in The Pearl Sister, Broome may have been a wild backwater in the early 1900s, but every luxury imaginable could be brought to its shores. 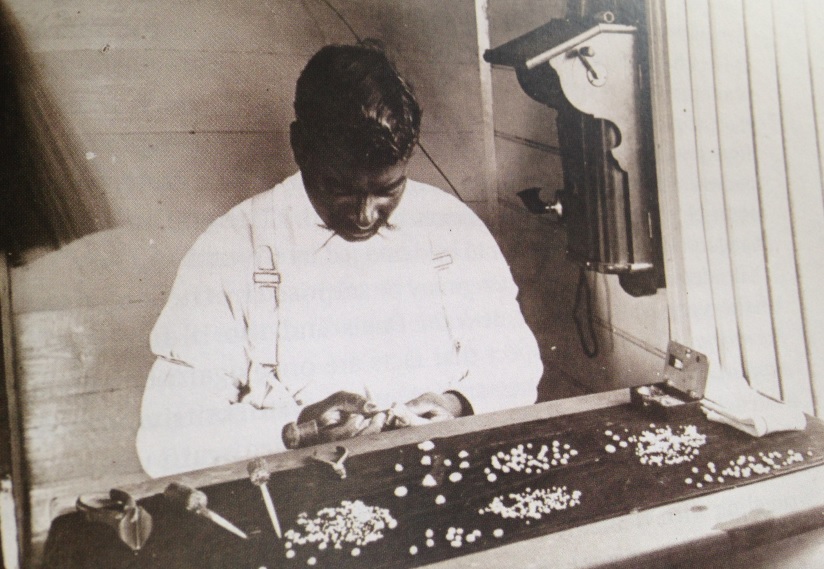 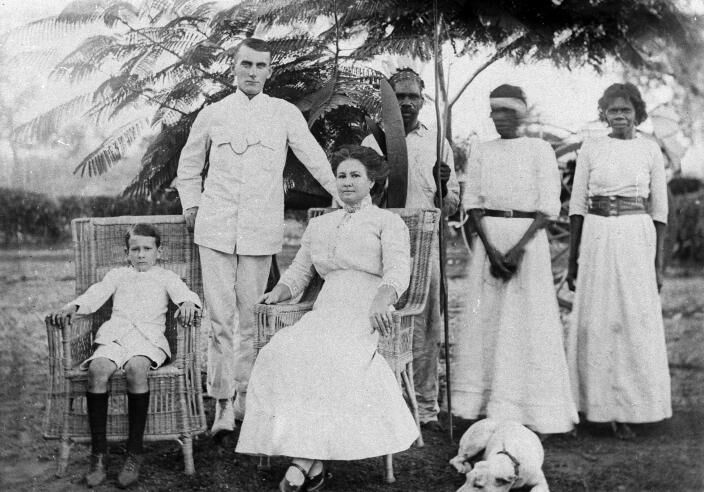 A pearling family and their staff